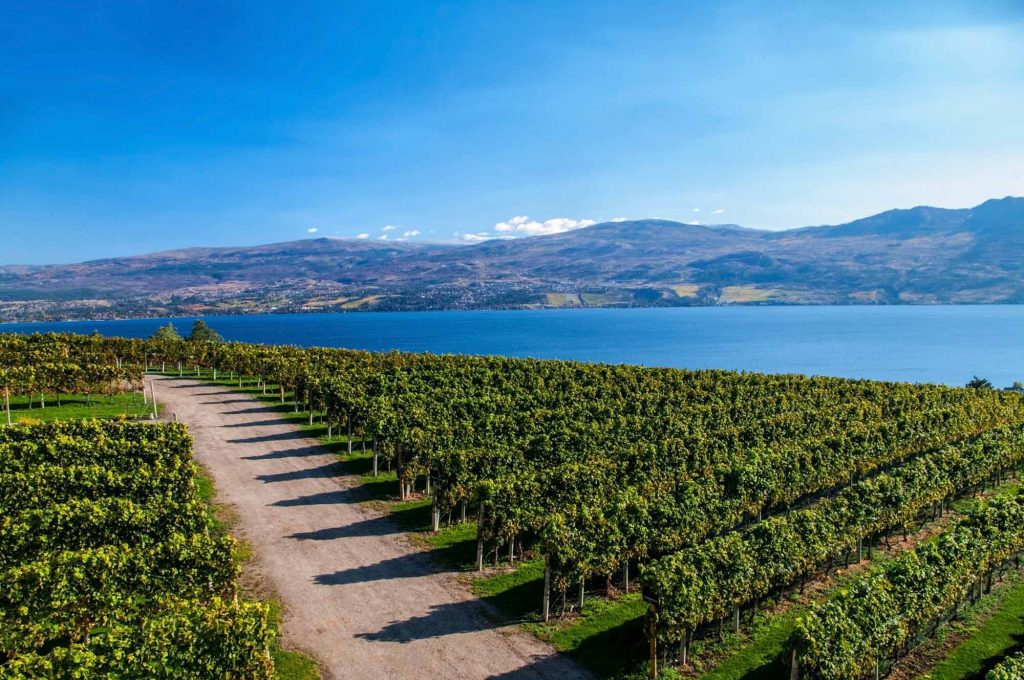 In late 2015 my husband, three kids and I, made the move from Forida to Vernon, Canada. My name is Georgia Maddock and this is my story.

Having been born and raised in Tallahassee, FL a small town in north west Florida, I met my husband Gary in 1983. At the time we met he was studying to become a real estate agent while I was still attending university at U of F for nursing. After graduating with my degree in 1987 I immediately got a job and worked in the hospital in Tallahassee while Gary grew his real estate company. 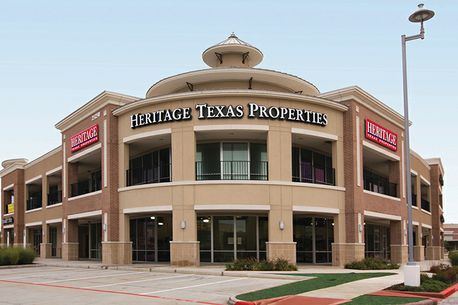 In 2009 when the economic crash happened in the US, it hit us exceptionally hard. Having 2 kids at the time we were forced to sell our home and move to Texas. My husband was particularly impacted by this considering he had to pack up his already successful Tallahassee real estate agency and start again in Texas while also having to reeducate himself on real estate laws of Texas.

Once we’d moved in to our new home in Texas I immediately set out to find work in the health sector like I was back in Florida. After months of searching I had to accept that Texas wasn’t at all like back home in Florida and that finding work would be difficult.

After sitting down with my husband we decided it would be best for me to get my realtor license and join my husbands brokerage.

I got my real estate license and immediately began working in Gary’s office in Round Top.

Round Top became our home and during the time we would spend there, our real estate business would thrive.

In 2014 Gary’s aunt Bunny would pass in Canada and with no children, Gary was named her heir. It was then we would find that Gary’s aunt had left him a beautiful home on Okanagan Lake in Vernon, BC.

After a year or so of red tape we decided to take the family – now 3 kids – to Canada to live in the home of Gary’s aunt.

Here we are 3 years later and I can’t begin to express the joy of living in such a beautiful place like Vernon. I never imagined life could be so good. And coming from the southern States we love the 4 seasons here and even enjoy the winter months as much as the summer.

The kids too, all thoroughly enjoy their lives, friends, schools and everything else about here. Every day we wake up grateful for where we are and what we have as we look out over the Okanagan Lake hoping to see the world famous Ogopogo.

Summer vacation is the time when you can explore the most of your holidays. If you’re living in Vernon or planning to take a trip there, this post shall guide you about what are the possible activities you can do.
Vernon is one of Canada’s top vacation destinations because of the diversity and wide range of offerings it has. The beautiful golf courses and lakes are more than enough to attract families from all across Canada.
It is worth traveling from different parts of Canada to Vernon because of the places and activities listed here:

Allan Brooks Nature Centre:
The All Brooks Nature Centre will make you fall in love with nature and experience it like you never have.
It has a beautiful view of the Okanagan and Greater Vernon area. You can also see The Swan Lake. You can learn a great deal about the wildlife of British Columbia.
Explorers love to go there and indulge themselves in various fun and learning activities. The nature center is also famous for bird watching.

Waterway House Boats:
A few kilometers from Vernon, the Waterway Houseboat Vacation and Activity Centre is situated on the spectacular Shuswap Lake in British Columbia.
It is almost 80 kilometers from Vernon, but worth the drive.
The place offers sunny beaches, fishing and swimming activities, water sports like skiing and wakeboarding.
There’s a golf course as well followed by a hiking trail. It’s a perfect to get away from your daily routine. 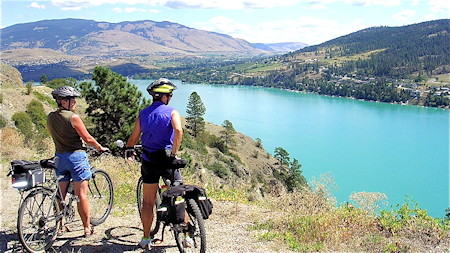 Kalavida Surf Shop:
This is the only original paddle surfing stop in all of British Columbia. Drive up to the Kalamalka Lake and get into one of their paddle boats to have a quality time with your family.
They have multiple lessons and tours for newbies.

Looking to try something new on your next vacation? The Rock Garden is the place for you to be. It consists of 20 vertical rock climbing facilities.
There are climbing walls for all levels of climbers from beginners to experts. It has multiple sections like bouldering, lead climbing, and top rope climbing.

If you are going out to take a little break or vacation, we often feel bad leaving our furry friends behind. If you will visit Vernon, there is nothing to worry about because the city does not only care for the people because they also put the pets into consideration. Check out the top dog parks in Vernon where you and your pet can have a lot of fun. Check it out.

It is an exceptional place to bring your canine friends. It is the place where dogs are all in harmony. You can be guaranteed that there are no mean dogs that will start a commotion. The area is large where your dogs can run freely in a forest ambiance with a bonus creek side attraction.

It is an open area in the middle of the road and a creek. There are picnic tables available where you can rest while giving your pets a great time to enjoy the wild. Large trees are present so your dogs can feel the nature.

A big part of the park is fenced, and it is available for people who are walking their dogs. However, there are a lot of individuals who use the walking trail by themselves without their adorable companions. The long trail will surely give your dog its needed exercise.

It is an open area full of grass. The best thing about the park is that it is fully fenced so you can remove your dog’s leash and let them run to their heart’s delight. Once they have enough, there is nowhere to go but back in your lap.

Vernon is a beautiful place that is good for the people and animals as well. A Vernon real estate agent, Annette Denk says, “If you think of going out of town and you don’t want to leave your canine friends behind, drop by the city and the two of you can have a lot of fun.”

The city of Vernon is a site where you can do a lot of things, but above anything else, there are numerous tourist spots that you must see as soon as you step foot in the city. You’ll be surprised to see great places that can only be found in Vernon. Here are the best tourist destinations that you must include in your itinerary.

You can tour around the place and be amazed at the broad range of bird species that you can see. The place is good for hiking because there are designated trails so you can enjoy nature at its finest. Nature lovers often visit the place first thing as soon as they arrive in Vernon.

If you are the type of person who is historically inclined, there are a lot of things to learn in this heritage site at Downtown Vernon. It will make you nostalgic for the place brings you back in the old times. The infrastructures in the Ranch are well-preserved that you will think you are still in that era of time.

The plantation can offer you some crash courses and fun learning about herbs and wild crafted teas that you can purchase and take home. A tour is also available so you can check out the whole place where there is an abundance of wild herbs.

People say that health is wealth. Drop by the famous Farmers Market where you can see tons of locally grown products and organic ingredients. Your health will benefit from it and at the same time, support the locally produced crops.

These are the top destinations that Vernon is known for. Don’t miss out on the chance of being able to visit the best places in town.

In every place we visit, there are a lot of attractions that we can go to. However, not all locations have child-friendly sights where the children can enjoy. If you are traveling with the kids, the best place to go is Vernon because of all the kids’ attractions where they can have a lot of fun. Here are the attractions that your children will love. Check it out and book the fun.

Children love to play around with water and slides, and they can do both in Atlantis Water slides. It is the top destination for kids during summer where they can spend a whole day of unlimited fun. If you think that your child is still small to indulge on big slides, there is nothing to worry about because there are kiddie slides available just for the little ones. The place is also famous for the River Riot where the kids can ride and slide through the tubes.

It is a fun place to stop with your children. Aside from the fun, they will also learn a lot about the amazing facts about bees. They will see how the bees create the honey that they usually see in the supermarkets up close and personal. I’m pretty sure they will be ecstatic to see around ten thousand bees on the farm.

Not all fun can be achieved in the outdoors because there is one perfect spot in Vernon where your children can enjoy even when they are indoors. “In Kelowna H2O Adventure & Fitness Center, they can still practice their water slide techniques as well as surfing simulation to get them ready for the real waves.” says Kelowna realtor Annette Denk

These are the top three kiddie attractions in Vernon. Bring your kids around and let them enjoy a great day of fun and adventure. 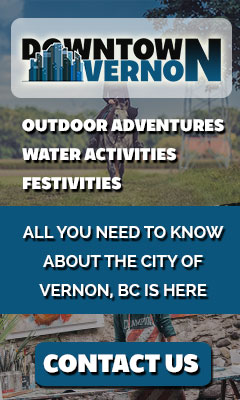